In the 1920s, a perfect storm of cultural changes -- the beginning of airline travel, the height of the tourist ship lines, the rise of a moneyed leisure class that could afford to take long vacations in exotic locales, and the increasing cheapness and portability of recording equipment, among others -- led to a brief passion for Hawaiian music in the United States. This was partially fed by Tin Pan Alley composers who exploited a brief vogue for Hawaiian-themed pop songs (modern-day ukulele chanteuse Janet Klein covers several of these now-obscure tunes on her albums), but it also led to many recordings of Hawaiian musicians by mainland labels. It's those songs that are compiled on the marvelous four-disc box set It's Hotter in Hawaii.

These are vintage jazz age sides, most of them similar to the Western swing that was popularized in the southwestern U.S. around the same time, only with that uniquely Hawaiian instrument the slack-key guitar standing in for the pedal steel. It's remarkable how similar the two instruments sound, actually; there are a few songs here that wouldn't sound at all out of place on a Bob Wills anthology, including, somewhat surprisingly, an entirely trad version of the blues-folk standard "Stack-o-Lee." Most of these 105 tracks are instrumentals, with the occasional vocal tracks evenly split between English and Hawaiian, and the remastering throughout is quite good, or at least as well as can be expected given the age and rarity of the source material. 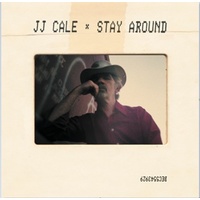