In the late '40s, ethnomusicologist Alan Lomax went to Parchman Farm in Mississippi to record African-American prisoners. This penitentiary was renowned for its anachronistically harsh conditions, and it's something of a miracle that Lomax was allowed in to document the music in the first place. Most of the material was recorded while the men were actually at work, and reflects the rhythms of chopping trees, splitting fireweed, chopping weeds, and other such tasks.

The liner notes make much of how the subjugation and misery of the community are reflected in the music. While the dreariness of their lives was no doubt genuine, the music itself -- mainly gospel-ish work songs and chants geared toward getting the men through their daily grinds, usually sung a cappella, often by groups -- is not depressing to hear. True, it's hard to call it uplifting knowing what the prisoners were enduring, but there's an enormous pride and spiritual strength. It's as convincing as any gospel, and a number of these made their way into pop and rock repertoires in adapted forms, such as "Rosie," "Early in the Mornin'," and "Stackerlee." [This record was originally issued on LP in 1957 as Negro Prison Songs, on Tradition 1020, and the tracks can also be heard on Legacy International's Negro Prison Blues and Songs, released in 1994. The Rounder CD has a new title and different, historically slanted liner notes.]. 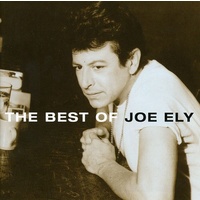