Walter Wolfman Washington - My Future is my Past

"I’m used to playing with another person. To do something like that by myself, I was kind of nervous,” said New Orleans’ Walter “Wolfman” Washington of his intimate new record My Future Is My Past.

Featuring Irma Thomas, Ivan Neville and Jon Cleary and produced by Ben Ellman of Galactic, this is the Wolfman’s first album with ANTI- Records.

“Oh man, it was really a thing,” he smiled and continued. “I had never done something like that. I had to really discipline myself where I couldn’t really underplay and really overplay, so I had to stay really in the middle which was a trick for me. I was amazed at my own self at how it turned out.”

Watch the Wolfman’s solo capabilities in the new song and video for “Save Your Love For Me”, where he performs alone in a stark white room with only his voice and his guitar on display. 74 years young, Walter “Wolfman” Washington has been a mainstay in the New Orleans music scene since the early 1960s. He cut his teeth backing up some of the best singers and performers in New Orleans history including Lee Dorsey, Johnny Adams, and Irma Thomas before putting together his long time band The Roadmasters, who have been burning down and burning up local and national stages since their first gigs in the 1980s. This new record confirms what fans have known for years: Walter “Wolfman Washington has soul to go along with that fire. 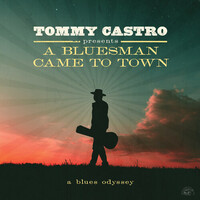