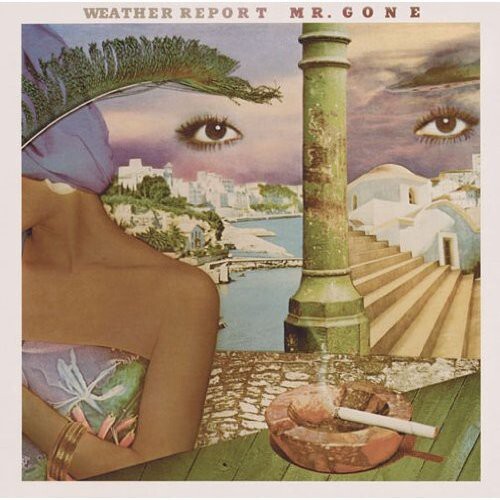 On Mr. Gone, Weather Report becomes merely a cover name for a Joe Zawinul/Jaco Pastorius jazz/rock/funk record production, with several guest drummers (Steve Gadd, Tony Williams, Peter Erskine), no resident percussionist, and Wayne Shorter as a still-potent solo saxophone threat. This album was denounced in its time as a sellout, probably on the reputation of Jaco's pulsating "River People," which is as close as WR ever came to outright disco. But there is lots of diversity and adventure here, as the creative core of the band uses the latest electronics to push out the boundaries of sound while maintaining tight control over structure. "The Pursuit of the Woman with the Feathered Hat" is quintessential Zawinul; the Third World-centered groove is everything, no chord changes to impede this rush of layered electronics, percussion, and voices. Shorter's spare "The Elders" flirts with the electronic avant-garde and he retrofits his Miles Davis-era "Pinocchio" in rapid-fire electro-acoustic garb. In other words, the multi-flavored WR stew continues to cook at a fine boil.