This 10-track recording, captured a mere three months before the classic Smokin' at the Half Note (Verve 1965), starts off with Wes Montgomery's original composition "Four on Six." In the album notes, Vincent Pelote describes Wes' playing as shining with a "fiery solo that establishes the routine that Montgomery follows throughout this concert: single notes, followed by octaves, then those amazing block chords." Standing by him on the piano, Harold Mabern adds "crashing chords and Phineas Newborn-like runs up and down the keyboard."

The set consists of many familiar tunes Wes had recorded before on his iconic Riverside studio sessions including "Jingles" and "'Round Midnight" from The Wes Montgomery Trio in 1959, and "Twisted Blues" from So Much Guitar! in 1961, but at the 1,900 seat Théâtre des Champs-Élysées, we hear Wes stretch out like never before in front of a ravenous audience. Russell Malone commented in his liner note interview, "I thought I knew Wes, because I had listened to a lot of the stuff that he had done on Riverside, and some of the commercial outings. But when I heard him stretching out like that, I'm like, 'this man is on some other stuff here!' That Paris recording is so powerful…"

Harold Mabern's original composition "To Wane," a tribute to the great saxophonist Wayne Shorter, will knock your socks off with the lightening speed soloing. Mabern noted that he lifted the melody from Shorter's solo on "Alamode" from the 1961 Impulse! album, Art Blakey!!!!! Jazz Messengers!!!!!: "he started out with a very melodic, lyrical way of playing, and I took part of that and turned it into my song, and I called it 'To Wane,' meaning to wane like the moon."

Throughout this concert bassist Arthur Harper anchors the solidly swinging rhythm section and the re-mastering of the original tapes on this first-time, legally issued release, allows the contribution of the bass to be properly heard for the very first time. Jimmy Lovelace, a longtime fixture at Smalls jazz club in New York City, tastefully propels the band from the drum chair. 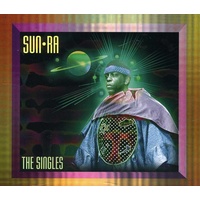