Late in 1967, saxophonist Willem Breuker and drummer Han Bennink recorded the first LP for the new artist-run free improvised music label, ICP Records. New Acoustic Swing Duo was an instant classic, and remains one of the most enduring documents of Dutch improvised music ever recorded. With Breuker's omnidirectional reed work, which ranges from plaintive to excoriating, occasional sneering tone adds a kind of ironic twist to the expressive outpouring. He could be as explosive as Peter Brötzmann, but Breuker has a razor-sharp wit and sense of humor.

Since this recording, Bennink has gone on to be seated among the royalty of jazz and improvised music drummers. At the time, he was a fresh-faced 25-year-old, hauling around increasingly immense kits with heaps of percussion flotsam and jetsam, playing tabla and vibrapan, and sparking it all with tsunami energy. Keep in mind, Coltrane and Ali had just recorded Interstellar Space (which would not be issued until 1974), and the economical drum/sax lineup was by no means yet a standard in improvised music. Shortly after recording this, Breuker and Bennink would join Brötzmann to record Machine Gun (1968), another European free music keystone. Somehow, despite it's historical importance and aesthetic magnificence, New Acoustic Swing Duo has never been available as a stand-alone CD.

Remastered from original tapes, this reissue includes the original cover with the "ICP 001" hand-stamp, as well as several versions of the handmade covers designed by Bennink, drawn from Mats Gustafsson's wonderful collection. Finally, as a special bonus, the two-disc package includes a legendary concert by Breuker and Bennink, recorded in Essen, Germany, in 1968, released here for the first time. 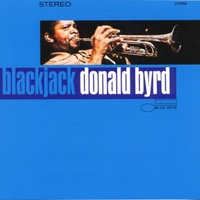