This album, which was repackaged and retitled Soul Serenade a year after its original release, catches Willie Mitchell in superb form, not only as an arranger but as a leader fronting a first-rate ensemble. Apart from a somewhat predictable chorus on "Soulfinger," everything here has some subtlety in its presentation -- details in the arrangements that surprise on repeated listening, and a crispness in the recording (this is some of the best-sounding stereo soul music of its period) that makes the repeated listening fun.

The material ranges from new Mitchell-authored instrumentals to covers of standards such as "Slippin' and Slidin'" and "Sunny" (which could've been considered for a double-A-sided single, and the latter might've just placed Mitchell onto the easy listening charts without compromising his sound; it's that good). The playing by guitarist Teenie Hodges is worth the price of admission and gets put in the spotlight surprisingly often, considering the abundance of first-rate reed and horn talent on hand. Stevie Wonder - Songs In The Key of Life 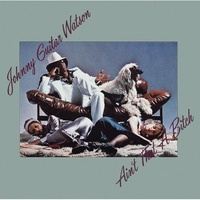