Woody Guthrie wrote songs that became the soundtrack of an era and permanent fixtures of American identity.

His more than 3,000 songs covering countless subjects and appealing to all ages marked the pulse of hard-hit people in times of economic depression and war. The 154-page book features art, essays, and 57 tracks on three CDs, including Woody's most important recordings, 21 previously unreleased performances, and six never-before-heard original songs. Woody at 100 commemorates the genius of one of the greatest songwriters, musicians, and artists of the 20th century. 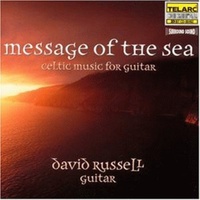