This set contains a 16-page booklet with rare photographs, and special essays by famed jazz producer Michael Cuscuna and by Shaw's son Woody Shaw III. It also includes as a bonus, a previously unissued version of "We'll Be Together Again", taped in Austria in 1981, and which presents Shaw as the only horn in a quartet format. 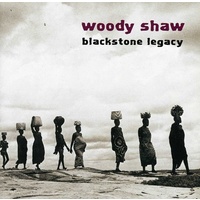