A guy who Miles Davis called his favorite piano player, Ahmad Jamal has always earned respect among other musicians and critics for his consistent and innovative five-decade career, but the general public has never celebrated him. Why is anybody's guess, except that he's never been one for self-promotion; he's always been too busy making music to talk about it much. This trio date, featuring the greatest soul-jazz drummer of all time -- Idris Muhammad -- and bassist James Cammack, is one of the most fiery and inspired of Jamal's career. Kicking it off with "In Search Of," Jamal's more percussive style is in evidence, kicking it with ninths and even elevenths in shifting time signatures in a modern version of something that unites McCoy Tyner's Coltrane period with the barrelhouse. Jamal's trademark dissonances are juxtaposed against his whimsical lyric side in "Should I," a tune he has played live for decades. His right-hand legato phrasing and a near Monk-ish sense of harmony highlight his cascading arpeggios and enormous chord voicings. And harmony is the central motif of this album. Jamal's sense of melodic and harmonic development is under-recognized, even as he has used both Ellington and Oscar Peterson for starting points and built upon them via Monk's engagement with rhythm and "wrong" notes. His chords are unique among jazz pianists in that they can be incorporated wholesale as part of a rhythmic attack or in single- or double-note clusters to swing the tune into its lyric.

As a rhythm section, Muhammad and Cammack are perfectly suited to Jamal because the seemingly teetering shifts in time and pulse are never taken for granted and never merely followed, but executed according to the pianist's penchant for making his compositions swing in a songlike manner. A wonderful surprise here is the vocal of soul singer O.C. Smith on the Jamal/Aziza Miller tune "Whispering." Smith is best known as the singer of the soul hit "Little Green Apples," but his talent is far more diverse than that. Here are traces of Big Joe Williams, Lou Rawls, and Charles Brown caressed by the trio's shimmering accompaniment. His performance is flawless.

While Jamal's compositions are the album's high points, there are no dead-dog tracks here at all: A reading of the Frank Loesser nugget "I've Never Been in Love Before" reflects in the trio's playing the vocal stylings of both Dinah Washington and Ella Fitzgerald. Also, Monty Alexander's "You Can See" is reinvented by the Jamal trio and comes off as a splashy, singing number suited for the stage as much as a jazz band. Jamal's ostinato and glissandi theatricality are dramatic but never showy. He punches the melodic invention in his solos and keeps the rhythm section moving, but never overshadows the body of the tune. This is a beautiful offering by one of the true jazz masters of our time. At 72, Jamal is even more of a pianistic enigma than he was as a young man. Highly recommended. 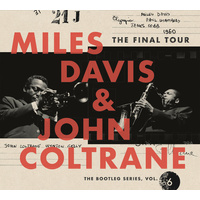 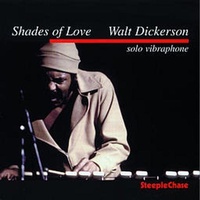