“A triumph.” The Sunday Times

When Ali met Ry Cooder in 1992 they really bonded and Ali later presented him with the first instrument he made, a one-string lute called a djerkal. Recorded in just three days in LA in 1993 the resulting collaboration 'Talking Timbuktu' well deserved its Grammy Award. Relaxed and accessible, the music is complimented by Ry's subtle guitar work and sensitive production while retaining the integrity of Ali's performance. 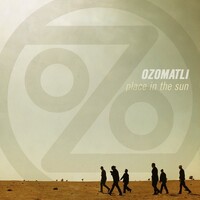