Andrea Keeble’s debut CD,“Teeter” is a musical memoir of Andrea’s original compositions for solo violin, voice, loop pedal, duet, trio, and quartets. As a versatile violinist & improviser, Andrea’s compositions are influenced by a myriad of genres, from minimalism to folk to classical and to hints of pop. She has included the cream of Melbourne recording musicians featuring artists from Cosmo Cosmolino, Collider, My Friend the Chocolate Cake, Orchestra Victoria, the Melbourne Symphony Orchestra and Sonny Chua. Goldmund - The Time it Takes 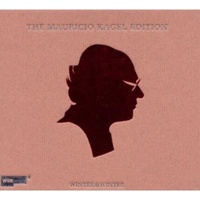