In 1977 Art came back from the dead. Or so it seemed to those who followed him, followed his music. And then in 1979, the Japanese came calling in the guise of a small record label, Yupiteru, later Atlas. They wanted Art to record for them. By then, Art was under exclusive contract to Fantasy/Galaxy records and couldn’t record as a leader. However, and I think I deserve credit for this sneaky idea, he could be a “sideman.” And he could choose the “leaders.” He did six albums for Atlas with six terrific “leaders.” And they are classics, now. —Laurie Pepper

Originally issued as Groovin’ High and Atlas Blues: “Blow! & Ballade” by Sonny Stitt And His West Coast Friends in 1980, these two releases are now combined to present the material recorded in July of that year with Stitt and Art Pepper on sax, Russ Freeman and Lou Levy on piano, bassists John Heard and Chuck DeMonico, and Carl Burnette on drums. 12 songs were performed, recorded, and released to the joy of jazz fans.

The albums were originally only issued in Japan. Now as Art Pepper Presents “West Coast Sessions!” Volume 1: Sonny Stitt, those two releases are available again. And this time, for the whole world. In addition to a track found on 2001’s The Hollywood All-Star Sessions boxed set, this release also contains 3 previously unissued takes mixed from the original multi-tracks, and new liner notes from Laurie Pepper. 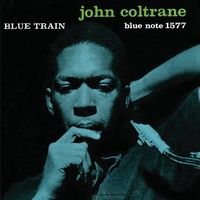