B.B. Kings Blues Band - The Soul of the King

They might have an illustrious history, but The Soul Of The King reminds us that The B.B. King Blues Band are a lineup moving forward, writing a love-letter to their fallen leader while staking their own claim in the modern era. Choosing songs from King's sprawling catalog could have been an ordeal. But for The Soul Of The King, the lineup made a smart move, letting the A-list guests dictate the material. There's a heartfelt turn from Michael Lee on 'The Thrill Is Gone'. Mary Griffin and Taj Mahal combine their vocal and guitar talents on 'Paying The Cost To Be The Boss'. Kenny Neal lends poignant vocals and licks to 'Sweet Little Angel'. Cedric Burnside - "I Be Trying" Otis Rush - Lost in the Blues 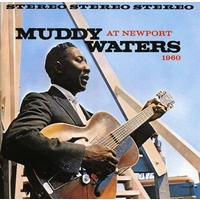