Brazilian guitar maestro Baden Powell’s seminal years with producer Joachim-Ernst Berendt and MPS stretch from 1966 to 1975, with a total of two sets of three albums. Tristeza On Guitar was the beginning of this nine-year collaboration.

The repertoire is in no way characterized by sadness, as the title might cause one to believe. It embraces a sublime spectrum ranging from a ritual feel to exuberant carnival atmosphere on through to intimate songs with a singable quality. Baden clothes the title piece, the famous bittersweet samba from Haroldo Lobo and Niltinho, in a dance-like virtuoso succession of variations. He fashions the theme Manha De Carnaval from the movie Black Orpheus into a ritualistic celebration of pain. The pieces dedicated to the gods of the Afro-Brazilian Candomblé religion (Canto de Xangô, Canto de Ossanha) are central to the album. They originate from the “Afro-sambas” music cycle completed four years earlier; here they have flowered to perfection. Monk’s Round Midnight takes on the colors of a balmy tropical evening; the studio’s ingenious use of space helps create the appropriately mysterious atmosphere. And in the middle lies a valuable solo inlay: Bahian poet Dorival Caymmi’s unadorned song Das Rosas transformed into a serenade on the strings. Today, over half a century later, one still succumbs to this fascinating “gateway drug” – the first MPS album of this Brazilian maestro. 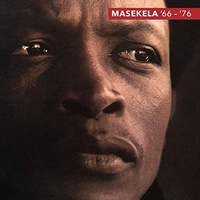