In 1984 the Schönberg Ensemble under Reinbert de Leeuw first performed Arnold Schönberg's "Pierrot Lunaire" with the actress Barbara Sukowa, and it created a sensation.

Out of the long-term collaboration between conductor and soloist came a mutual desire to mount a similar production around one of their special loves – German Romantic song, in particular that of Franz Schubert and Robert Schumann. Composed in 1912 for an actress, "Pierrot Lunaire" has a close affinity with the music-theatre genre that was prevalent in Germany at the time: expressive and highly charged, as much acting as singing, and certainly not for the highly trained vocal chords demanded by concert hall Lieder. Schönberg's piece of 'three times seven poems by Albert Giraud' is, in that respect, more at home on the stage than on the concert platform.

Now De Leeuw has created a similarly structured pendant to this cycle, entitled »Im wunderschönen Monat Mai« or 'three times seven songs after Schumann and Schubert'. It is his own arrangement of well-known songs for voice and piano, which he has made into a music-theatre piece for ensemble and female voice that veers between parlando-like singing to Schönberg's 'Sprechgesang': a drastic reworking that transforms the lyrical into the dramatic, and embraces choice and performing order (in collaboration with the singer), instrumentation, cuts, links and other transformative interventions, but above all brings with it the structure and dramatization of a romantic story in words and music.

The binding narrative thrust is provided by Schumann's "Dichterliebe" (1840), itself a choice or 'suite' of poems by Heinrich Heine and the archetypal romantic song-cycle, which begins with a May song of tender love, speaks of hope and desire, of torment and doubt, and ends with the image of a limitlessly vast coffin in which the 'alten, bösen Lieder' (bad old songs) along with all the poet's love and pain, are committed to the bottomless grave of the sea. A journey through life and love, encompassing every possible emotion. "Dichterliebe hat eignes Unglück stets betroffen" ('A poet's love is only a reflection of his own unhappiness'), wrote the poet Friedrich Rückert, and Schumann seized upon it for the title of his cycle. 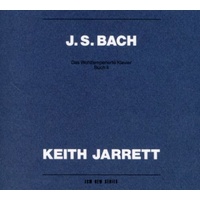