Bill Evans’ The Complete Village Vanguard Recordings, 1961, one of the greatest live jazz recording sessions of all time. Pressed on 180-gram vinyl, the four LPs are packaged with a 12-page booklet, complete with new liner notes by reissue producer Bill Belmont, as well as the original liner notes by the producer of the initial recordings, Orrin Keepnews. Reproductions of Keepnews’ session annotations and photographer Steve Schapiro’s proof sheets from the performances add vintage context to the packaging. As a bonus, a stunning metallic and black poster of the famous cover — Evans, in profile, deep in concentration at his piano — completes the box set.

Ranked time after time as one of the best live jazz recording sessions in history, and yielding two of Evans’ most classic albums (Waltz for Debby, Sunday at the Village Vanguard), The Complete Village Vanguard Recordings, 1961 represents the pinnacle of spontaneous musical communication: three men breathing as one on a tiny bandstand. The performances on these LPs demonstrate a new and more interactive approach to playing as a trio, one in which all instruments carry melodic responsibilities and function as equal voices. Keepnews recalls in his liner notes that “from the very first moments of the recording, it was impossible to ignore the importance of these performances.”

Everything Bill Evans, Scott LaFaro, and Paul Motian had been working on for the previous 18 months led to this moment on June 25, 1961. The little-known pianist and his trio performed afternoon and evening sets that Sunday to a small audience that unknowingly sat through what would become a very famous — and final — set by the trio (the 25-year old LeFaro died tragically in a car accident just days later). These recordings provide something of a sonic time capsule: sequenced in the original order of the five sets, the audience’s murmurings and applause are peppered throughout; even an interrupted take is left intact. Belmont recalls the process of piecing the performance back together during the remastering process: “As was the practice with early live recording, the songs [on the original album] were faded just after the last note, and much, if not all, of the audience and banter from the stage was removed. So the first stage of the process was to find the reels—if they existed—and try and make a reconstruction of everything that was recorded…The task was to try to make the show flow as closely as possible to what had been recorded.”

Fans of Bill Evans will be thrilled to note that The Complete Village Vanguard Recordings, 1961 is just one of several box sets hitting stores over the coming months, joining an array of vinyl titles currently available on the Original Jazz Classics imprint, including the magnificent Waltz for Debby, Explorations, New Jazz Conceptions and Interplay. A 12-disc reissue of The Complete Riverside Recordings, set for release in early 2015, presents all 20 recording sessions from the pivotal eight-year period (1956-63) that launched Evans’ career and defined his position as one of the most significant jazz pianists of all time. These 151 performances are presented in a sleek brick box, along with a 32-page illustrated booklet. Due in January, 2015 is four-LP set The Complete Tony Bennett/Bill Evans Recordings, which encompasses the sublime duets of top song stylist Tony Bennett with Evans, recorded in 1975 and 1976. New liner notes by acclaimed music critic and co-author of Bennett’s autobiography, Will Friedwald, complete the package. 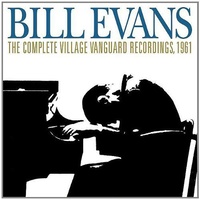 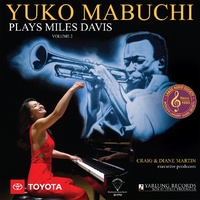 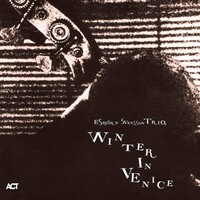 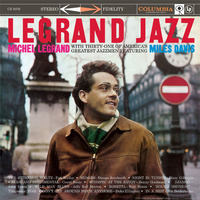