Born blind on June 15, 1880, in Floyd County, Virginia, Alfred Reed grew up on a West Virginia farm. In the 1920s, when radio became available in his area, Alfred listened to and enjoyed performances by several of the era's popular singers. Alfred would purchase songbooks and hymnbooks, and his wife Nettie would read the lyrics to him. Because the songs he learned from others did not always express aspects of what he was thinking, feeling, and experiencing, Alfred felt compelled to compose his own songs, and he was exceptionally talented in this endeavor - a craftsman with many things to say.

Relying upon his talent to generate money, he gave music lessons, performed at dances and various social and church gatherings, sold printed copies of his own lyrics, and, in 1927 and 1929, made the commercial recordings included on this set. Also includes performances by The West Virginia Night Owls, Orville Reed, and Alfred and Orville Reed.

Compiled by Ted Olson, a scholar, poet, photographer, and musician based in east Tennessee. Olson has written or edited several books on Appalachian music, literature, and folklore, and he has curated book/album sets documenting such Appalachia-related music stories as the 1927-1928 Bristol Sessions, the 1928-1929 Johnson City Sessions, the 1929-1930 Knoxville Sessions, the Joseph Hall field recordings from the Great Smoky Mountains, and the early studio recordings of Tennessee Ernie Ford. Dorothy Love Coates- Get On Board 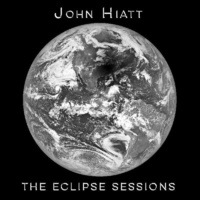