This album presents what must be one of the most historic recordings in African-American history. The result of this encounter in Atlanta, Georgia, was a recorded interview which shone a spotlight onto the life and music of one of the greatest Country Blues names to have been commercially recorded. Presented here in their entirety is a fascinating insight into the man who inspired among others the Allman Brothers, Taj Mahal, Bob Dylan and many others.

The history of these Library of Congress, Archive of American Folk Song, recordings is rooted in a visit made by John and Ruby Lomax to Atlanta, Georgia during November 1940. It is reported that Ruby spotted a “Negro man with a guitar” entertaining at a pig n whistle stand. Stopping their car to enquire, they discovered that the individual was Blind Willie McTell. The next morning in their hotel room he “sang and played his 12-string guitar vigorously for two hours”, forty or so minutes of which were committed to tape.

Blind Willie discusses his life, recording career and the history behind his music. Twelve excellent performances including blues, spirituals, ballads and rags can be heard. His skills as a 12-string guitarist, including some beautiful bottleneck / slide guitar, underline his reputation as being one of the finest musicians from Georgia.

Chainey, is a variant on Stavin Chain, one of the great heroes of the black folklore who was renowned for his sexual prowess. The much traveled murder ballad, Delia, shares several verses in common with the version sung for Lomax in June, 1935 by Booker T. Sapps and Roger Matthews. The railroading number, Will Fox, makes reference to “this Moore art” and was probably an illusion to the locomotive which ran on the Moore Central Railroad in North Carolina. Dying Crapshooter’s Blues is a rewording of a 19th century ballad which later became better known as “Streets of Laredo” whilst King Edward Blues is a rendition of “Baby It Must Be Love”, a thirties popular song inspired by the Edward and Mrs. Simpson saga (“made King Edward give up his crown”). Numbers like Boll Weevil and Kill-it-Kid Rag were perhaps sung on request since they appear with great frequency in the repertoire of other Lomax discoveries.

Willie McTell, reputedly, was a fairly religious man even though the commercial sides were secular. The religious pieces presented here have nothing of the vocal intensity of, say, his friend and mentor Blind Willie Johnson, who McTell refers to during the interviews presented here, yet the tremendous slide playing on the bass strings in both versions of River Of Jordan are totally evocative of Johnson whilst Johnson’s wordless moan, “Dark Was The Night”, appears here in the guise of the minute long instrumental, Amazing Grace.

As the result of a sheer chance encounter on a cold November’s evening in Atlanta, 1940, this surely must be one of the highlights in the history of recorded documentaries across the board of subjects and genres. 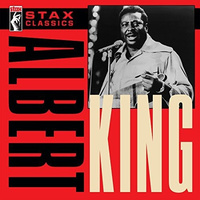