The song list includes originals by each of the band members, including two elegies for Lundvall which open and close the album, as well as two renderings of Shorter compositions: an expansive version of "Witch Hunt," from Shorter's 1965 Blue Note classic Speak No Evil, and a stunning performance of "Masquelero" on which the sextet is augmented by Shorter and Hancock. 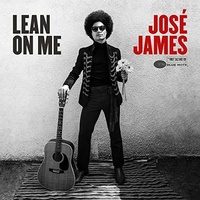