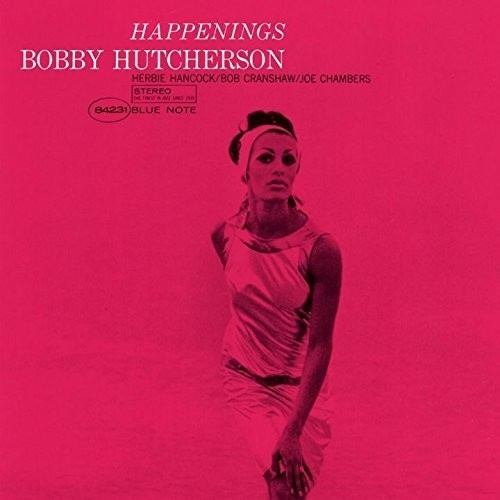 For that matter, the album also leans heavily on Hutcherson's compositional skills; save for Hancock's "Maiden Voyage," six of the seven numbers are Hutcherson originals. Given his reputation as a modernist, most of the pieces here are structured pretty simply -- there's a lot of straightforward modal hard bop, giving Hutcherson and Hancock plenty of room to solo. They handle much of the material with a light, mellow touch, trading off meditative licks even on the more up-tempo pieces and poignant, lyrical lines on the ballads "Bouquet" and "When You Are Near."

The two exceptions are the opening and closing numbers: "Aquarian Moon" is challenging post-bop, while the sinister "The Omen" finds Hutcherson opening up the bag of tricks he learned from the freely structured group dialogues Chambers wrote for albums past. Sharp stabs from the piano signal transition to a new, sometimes unaccompanied lead instrument, and Hutcherson's darting marimba lines build up a claustrophobic tension. That doesn't change the overall feel of the album, though, which ends up a charmingly relaxed, low-key outing and a nice addition to Hutcherson's Blue Note catalog.