By the time the great Brazilian guitarist-composer Bola Sete recorded the two albums paired herein, bossa nova had become the world’s most popular non-rock music–and surely its most spellbindingly melodic. Born Djalma de Andrade in 1923 (he died in 1987), Bola Sete was also by this point a somewhat familiar name in the U.S., having performed in clubs, hotel showrooms, and at several major jazz festivals; he was also “New Star Guitarist” of 1965 in Down Beat magazine’s annual poll. On The Incomparable Bola Sete, recorded in 1964, he’s backed by three of Los Angeles’s finest jazz-studio players, including flutist Paul Horn, whose affinity for this music is readily apparent; he’s also heard on three selections with percussionist Johnny Rae who, like Sete, is overdubbed (the guitarist is heard on bass, as well). Autentico!, from 1966, finds the guitarist accompanied by his Brazilian working trio of the day. While bossa novas and soft sambas are the primary bill of fare, Bola Sete was also an accomplished European classical and flamenco artist, and the influence of those disciplines on his exquisite, virtuosic solos is bell-clear. 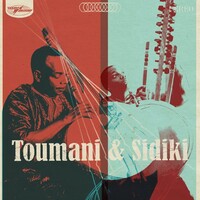