Produced by Peter Collins (Rush, Bon Jovi, Alice Cooper) and recorded in both Nashville, TN and Hollywood, CA, the 12-track Rockin' Rudolph includes highlights such as "Rockin' Around the Christmas Tree," "Yabba-Dabba Yuletide," and "Rockabilly Rudolph," among other notable Christmas classic tunes with Setzer's trademark guitar work and vocal styling matched with The Brian Setzer Orchestra's big-band horn arrangements. Since he first gained fame with The Stray Cats back in the early ‘80s, Setzer continues to amaze and surprise fans new and old. 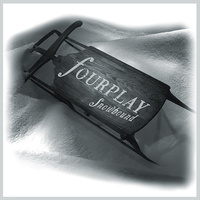 Holly Cole - Baby, It's Cold Outside