In the late '50s, Cal Tjader and his bands played lengthy engagements at the Black Hawk jazz club in San Francisco. This CD combines almost everything from two albums he recorded there in the late '50s: the entirety of A Night at the Blackhawk, and all songs save one from Live and Direct.

A Night at the Blackhawk employs an all-star sextet including Willie Bobo on drums, Mongo Santamaria on congas, and Vince Guaraldi on piano. Despite the presence of Bobo and Santamaria though, it's only in the Latin-Afro-Cuban mood about half the time. That's heard on the mambo version of "Stompin' at the Savoy," "I Love Paris," and Dizzy Gillespie's "A Night in Tunisia," the last of which is of course a natural for the Latin-jazz treatment; otherwise it's pretty inside, straight-ahead stuff. The Timeless All-Stars - It's Timeless 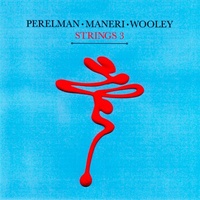