Digitally remastered and expanded edition of the Blues rockers' 1968 sophomore album. Boogie with Canned Heat was the artistic and commercial high water mark for this talented group that was based in Los Angeles and steeped in the blues tradition. This album, the band's second, began with sessions in Chicago with some blues covers that mined much the same area as their excellent first release. A funny thing happened when the band returned to the studio however as they came up with outstanding self-written material and wound up concentrating on their own creations for the album release.

The earlier blues covers are added as bonus tracks along with an early take of on the Road Again! This expanded edition of the album includes a sparkling new mastering and a new essay as well as the aforementioned blues covers that did not make the final cut for the initial release. This work represents the pinnacle of Canned Heat's work in the studio. 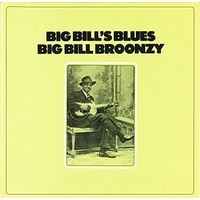