A few years back, not long after they’d released their debut album together, 2013’s Clychau Dibon (Astar), the duo of Welsh harpist Catrin Finch and Senegalese kora player Seckou Keita gave a notable performance at Whitby’s Musicport Festival. If that initial release was the sound of two kindred music spirits from very different traditions staking out common ground on which to communicate, then the live set was the sound of that communication in full flow. It was gentle and cleansing. Music to make you shut your eyes and follow. On the way out of the hall that afternoon, I saw festival organiser Jim McLaughlin. “Hammocks,” I said to him. “Next time they play here, you should issue the audience with hammocks.”

Five years down the line and their second album finds the communication has reached a point of seamlessness. It’s hard to tell where the harp ends and the kora begins. Over eight tunes, the duo work together and round each other. These are mostly original self-composed pieces, the one exception being Bach To Baisso, an unlikely but winning combination of an excerpt from JS Bach’s Goldberg Variations and one of the oldest compositions in the West African kora player’s repertoire.

This doesn’t really feel like a set of separate compositions, but rather one flowing musical conversation. Full marks too to Keita as producer and engineers Jared Planas and Hywel Wigley for getting the all-important excellent sound quality essential for a recording of such delicate instruments. 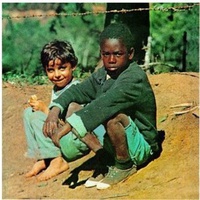