"Better Git It in Your Soul" not only serves as the name of the inviting, holler-appointed opening track of Charles Mingus' Mingus Ah Um. It epitomizes the spirit, urgency, freedom, and feel-it-in-your-bones passion of an album that – along with Miles Davis' Kind of Blue, Dave Brubeck's Time Out, and John Coltrane's Giant Steps – forms the Mount Rushmore of quintessential records from 1959-1960, jazz's watershed graduating class. Indeed, Mingus Ah Um is cited on practically every "greatest" list assembled and enjoys the rare distinction of wearing a prestigious crown in the Penguin Guide to Jazz and membership in the Grammy Hall of Fame. Now, it receives the sonic treatment on disc that it's always deserved.

And clearly, Mingus ardently honored and prized even every seemingly non-musical aspect on his Columbia Records debut. Witness the unforgettable cover art, a painting by S. Neil Fujita, whose varied hues, abstract geometries, free-base forms, and ornate albeit clean presentation mirrors the seemingly impossible blend of accessibility, complexity, experimentalism, consistency, focus, individualism, and collectivity reflected in every passage of the incredibly diverse album. Or, simply look at the reverence Mingus displays for his ancestors – and their contributions to jazz's ongoing conversation and cultural relevance – via "Jelly Roll" (for Jelly Roll Morton), "Open Letter to Duke" (for Duke Ellington), and the hallmark ballad "Goodbye Pork Pie Hat" (an homage to Lester Young).

Above all, however, Mingus Ah Um stands as an exuberant tribute to the idea (and blueprint-caliber execution) of fully realized musical frameworks serving as launching pads for expressive interactions, responses, exchanges, and improvisations. At the core, personality, character, invention, and, color remain paramount. Mingus Ah Um acts as an aural representation of a philosophy the artist espoused before and after the recording sessions. In the liner notes to the record's follow-up, and penned shortly after the recording of Mingus Ah Um, he spoke of striving for "primitive, mystic, supra-mind communication" and avoiding the repetition, boredom, apathy, and cliché associated with falling into set patterns and mimicking the approach of recognized giants. In other words, he demanded each member of his band "play himself."

Nothing could be truer when you hear in such vivid detail the work of saxophonists John Handy, Shafi Hadi, and Booker Ervin, trombonists Willie Dennis and Jimmy Knepper, pianist Horace Parlan, drummer Dannie Richmond, and the genius bass playing of Mingus himself. The collective's technical acumen – be it multi-tone row scales, pedal point rhythmic patterns, traditional chords, melodic moods, harmonic lines, beginning/ending-blurring context, high registers, major and minor thirds (and absence thereof), pivot-point chromatics, diatonic manners, open fifths, and more – lingers not only in the mind, but invigorates the senses.

Charles Mingus' debut for Columbia, Mingus Ah Um is a stunning summation of the bassist's talents and probably the best reference point for beginners. While there's also a strong case for The Black Saint and the Sinner Lady as his best work overall, it lacks Ah Um's immediate accessibility and brilliantly sculpted individual tunes. Mingus' compositions and arrangements were always extremely focused, assimilating individual spontaneity into a firm consistency of mood, and that approach reaches an ultra-tight zenith on Mingus Ah Um.

At least three became instant classics, starting with the irrepressible spiritual exuberance of signature tune "Better Get It in Your Soul," taken in a hard-charging 6/8 and punctuated by joyous gospel shouts. "Goodbye Pork Pie Hat" is a slow, graceful elegy for Lester Young, who died not long before the sessions. The sharply contrasting "Fables of Faubus" is a savage mockery of segregationist Arkansas governor Orval Faubus, portrayed musically as a bumbling vaudeville clown (the scathing lyrics, censored by skittish executives, can be heard on Charles Mingus Presents Charles Mingus).

The underrated "Boogie Stop Shuffle" is bursting with aggressive swing, and elsewhere there are tributes to Mingus' most revered influences: "Open Letter to Duke" is inspired by Duke Ellington and "Jelly Roll" is an idiosyncratic yet affectionate nod to jazz's first great composer, Jelly Roll Morton. It simply isn't possible to single out one Mingus album as definitive, but Mingus Ah Um comes the closest. 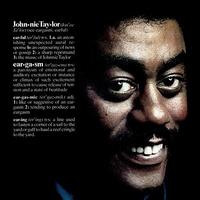