Charles Mingus narrates pieces of his own story. Born from a half-black/half-Swedish father and a half-black/half-Chinese mother (later having a half-black/half-Indian step-mother), Mingus tried to be all types of races but found he was a misfit that didn't belong anywhere; so he says he's just a negro. He sums this up stating: "In a society which sends messages that are racists capitalists, and have Judaeo-Christian ethic roots, the transmission of these messages to Black people can lead to socializing of their young with non-complementary values."

He plays the cello. Although he was a celebrated jazz musician, he was not always able to make a living. Gunther Schuller, a composer/conductor/historian, states that Charles Mingus is high up with American composers. Mingus's work is compared by Schuller to Duke Ellington and he notes that Mingus studied composers like Stravinsky. Mingus is more known as a bass leader than as a composer. Mingus as a composer, is not highly recognized for how great he was. Mingus states that in relation to race, "one day he will pledge allegiance to see that some day (America) will look to its own promises, to the victims that they call citizens". John Handy and Sue Mingus describe Mingus as individual, volatile, strong, supremely honest, uncompromising, and having a very dynamic personality that ran like the color spectrum; testing people to see how far he could go.

Wynton Marsalis describes him as never victimized by a style and that he was always relating his music to something human. Jerome Richardson says Mingus was aware of what was going in regards to race and never backed down from it. John Handy says he did what most others could not, mainly because he was conscious of the race issue. his music portrayed dramatized events, past and present maybe even futuristic. He also notes that Mingus was writing compositions when everyone else was writing tunes. Gunther Schuller adds that all of his variety of his personality comes out in Mingus's music, and not only that it is the widest range of music composed by one single human being. It covers the entire range of human emotions, conditions. so he reflected who he was through his music.

In addition, Schuller states that anything that was music, Mingus absorbed, and he absorbed it fast. In a television broadcast from the early 1970s, Mingus is asked by Chris Albertson how he feels about the term music, or jazz, Mingus replied, 'music' is a label; a given name for that which to call 'music.' Randy Brecker notes Mingus had a willingness to express his vulnerability.Snooky Young recalls that during Mingus' lifetime, there were many clubs on Central Avenue, Los Angeles a place where he spent time, that would hold organized jazz sessions. Mingus formed a strong professional relationship with drummer Dannie Richmond. Dannie first drum lesson was from Mingus. rument is like having a conversation. Mingus felt he was being cheated with the major record company. A tribute to Ellington brought Mingus back into performances again after several difficult years. George Adams is associated with the bassist in his latter years. 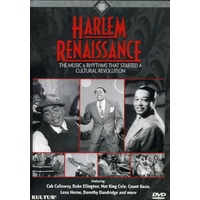 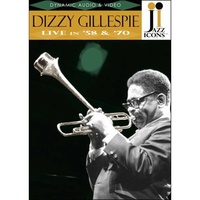