After he completed the UK's Channel 4 film The Return Of Ruben Blades in 1984, Mugge followed the advice of jazz critic Francis Davis to begin work on a new documentary about the tenor saxophonist Sonny Rollins. With the help of Davis and Sonny’s wife and manager Lucille Rollins, among others, Mugge filmed footage of Rollins performing at Tokyo's Koseinenkin Hall on 18 May 1986, and Opus 40, a sculpted rock quarry in upstate New York on 24 August the same year.

This was the gig where Rollins jumped off the stage into the audience but misjudged the height and broke his heel. After the briefest of pauses he continued playing. The film also interviews jazz critics Ira Gitler, Gary Giddins and Francis Davis, while Mugge himself interviews Sonny and Lucille Rollins on a park bench in New York City.

Named after his 1956 album, Sonny Rollins: Saxophone Colossus, is out now. Mugge supervised the remastering process and created a new bonus feature about the making of the film called Leaps And Bounds. In addition, the release will feature audio-only performances of "G-Man" and "Don't Stop The Carnival", which were originally recorded for the film. 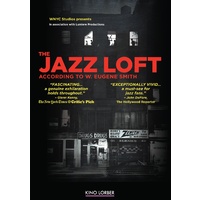 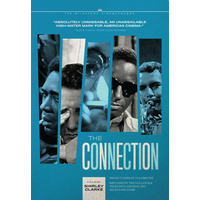