STORYVILLE: The Naked Dance is the first documentary about America's legendary legal red-light district that thrived in New Orleans from 1898 until World War I. Storyville got its name when Alderman Sidney Story attempted to clear up the New Orleans waterfront by restricting prostitution to a specific neighborhood. To his chagrin, the area was dubbed "Storyville," and it was so known until the U.S. Navy closed it for good in 1917.

Set against the stark backdrop of Victorian morality, 2000 prostitutes worked the 16 square blocks of twinkling lights and rat-infested alleyways. Storyville's gateway Basin Street, made legendary through song, was lined with extravagant bordellos -- from the infamous octoroon madam Lulu White's Mahogany Hall to Emma Johnson's mansion, where sex circuses were regularly staged. It was a district filled with greed, excitement, sin, and the raucous rhythms of a new American music: jazz.

STORYVILLE explores the genesis of jazz and its relationship to the decadent "sportin' life" through colorful jazz legends like Buddy Bolden and Jelly Roll Morton. The soundtrack combines a rich medley of ragtime, blues, music of the streets, 19th century classical compositions, early jazz tunes, and the pre-recorded voices of musicians who played there.

"Storyville was New Orlean's ill-famed denizen of irrational behavior, a wide open, large area of pleasure places, cat houses, and honky-tonks, twenty four hours round the clock - all in the direct center of the commercial business district." 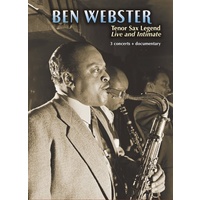