An intimate portrait of a great guitarist, filmed near the end of his musical journey.

Along the way John reflects, with characteristic good humor, on a creative life lived outside the mainstream and traces his story from his first encounter with an electric guitar onwards. Subtly combining and contrasting images and sound, director Arno Oehri achieves a fine balance between music passages and interviews. The film’s soundtrack includes, in addition to the live performances, selections from many of John Abercrombie’s ECM recordings. 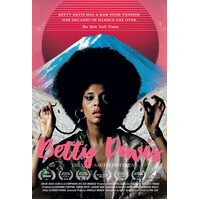