The debut album from beloved New Orleans saxophonist, clarinetist, and singer Charlie Gabriel, 2022's Eighty Nine is a warm and intimate showcase for the longtime Preservation Hall bandmember. Given Gabriel's over-seven-decade-long career -- one which has found him living in New Orleans and Detroit, working with luminaries like Lionel Hampton, J.C. Heard, and Ella Fitzgerald -- it's almost unfathomable that Eighty Nine (his age at the time of its recording) is his first album as a leader. Primarily a live and touring musician, Gabriel (who started out in the 1940s playing in his father Manny Gabriel's Eureka Brass Band at age 11) has been a key member of the Preservation Hall Jazz Band since 2006. While his work with Preservation Hall has found Gabriel bringing his New Orleans jazz roots to funk and Latin sounds, on Eighty Nine he takes a more stripped-down approach, applying his dusky tenor, clarinet, and vocals to his favorite jazz standards, including "Memories of You," "Chelsea Bridge," and a particularly enrapturing take on "I'm Confessin'."

Poignantly, the album came together in the wake of his brother's death from COVID-19 in 2020. Mourning his sibling's passing, Gabriel sought the company of Preservation Hall bassist and bandleader Ben Jaffe. Initially forsaking music in favor of low-key chess games, they eventually started jamming, bringing along guitarist Joshua Starkman, drummer Walter Harris, and percussionist Djallo Djakate. While some cuts like "Stardust" are spare duets, others -- including "Three Little Words" and Gabriel's vibrant rendition of the Neville Brothers' "Yellow Moon" -- are more robust, evoking the Afro-Cuban sound of Preservation Hall's acclaimed 2018 record Tuba to Cuba. While it might have taken all 79 of Gabriel's performing years to make an album, Eighty Nine was well worth the wait. 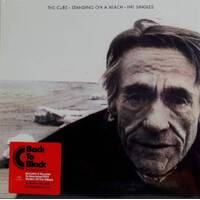