A 25-year member of Alison Krauss' Union Station, he is also the singing voice of George Clooney's character in the film O Brother, Where Art Thou? for which he won two Grammy Awards.

What started out as songwriting for other artists, resulted in the 14-time Grammy winner finding himself jealous to give up the songs he was writing and realizing that he had an opportunity to explore these songs within his own project.

All 13 tracks on the album were co-written by Tyminski who describes the album as holding up a mirror to society without judgment or opinions. "I feel that the light and dark in this record are truly my journey, my personal journey in life," explains Tyminski. "I think we all feel that whisper from each side of your shoulder, someone saying, 'yeah do it,' or 'no don't do it.' I have an enormous struggle with that in my life, but it's something that I'm aware of. I try to make sure that I understand what the right voice is. I don't make quick decisions because light and dark, in my opinion, can often look very similar." Doug Sahm & The Sir Douglas Quintet - The Best of 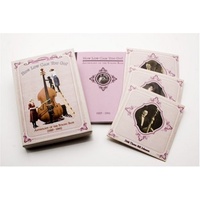