"We need music like this to stay sane." -Murat ErtelDirtmusic return for their fifth album, a full-scale collaboration with Turkish-psych visionary Murat Ertel from Baba Zula. Recorded in Istanbul, the album navigates hypnotic rhythms, cinematic atmospheres and dark political realities. The striking figure of Murat Ertel is standing at the door of his home studio, a converted mechanic's garage in a suburb of Istanbul. The Turkish capital is a tense and conflicted place these days, but Baba Zula's leader and saz man is on fine form. Before him stand those current and former musical nomads, Chris Eckman and Hugo Race, guitars in hand.

Dirtmusic are about to take on their latest, and perhaps most thrilling form. Originally a straight-talking, mainly acoustic trio mining blues and country for 21st century gold, the band's first happy accident was to stumble upon Tamikrest at the fabled Festival au Désert in Timbuktu in 2008. In the meantime, however, the Islamist takeover of Northern Mali in 2012 had darkened the sound and the songwriting, giving them a tone that continues to resonate through the new record. The opening track, "Bi de Sen Söyle", is a statement of intent, musically and lyrically: shared vocals that mass in urgent call-and-response, the psychedelic grip of Ertel's saz, which barely leaves the record for a second, and percussion from Ümit Adakale that tells you that this is music for clubs and parties as much as for private spaces. It shares this with "The Border Crossing", the prime slice of Pop Group-inflected postpunk-funk that follows it. 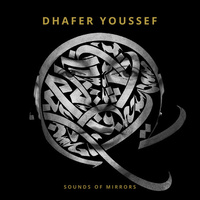