The most intriguing collection of archival Jazz footage since Ken Burns' "Jazz" documentary. Each title in the series features full length concert or studio performances by the greatest legends of Jazz, filmed all over the world from the 1950's through the 1970's.

None of these programs have ever been officially released on video! Each DVD has been beautifully transferred from the original masters and features a 16 page booklet filled with rare photographs and an essay written by authoritative Jazz historians such as Will Friedwald, Ira Gitler, Rob Bowman and others. Jazz Icons DVDs are produced with the full support and cooperation of the artists or their estates, who've contributed rare photos and memorabilia. 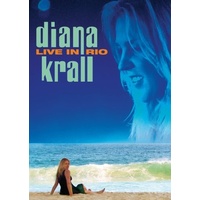