motion picture DVD - All You Need Is Love 3: Jungle Music

From renowned British filmmaker Tony Palmer, the critically acclaimed BBC series All You Need is Love: Episode 3 "Jungle-Jazz". Jazz is not a black or white music, nor is it structureless improvisation, nor did it originate in New Orleans. Created at the turn of the century throughout the American south, it had a quite specific and limited meaning. Its form was strict, as were the morals and musical principles which guided its early exponents. Featuring footage from Dizzy Gillespie, Charlie Parker,MJQ, Miles Davis, Charles Mingus, Dave Brubeck, Chick Corea & Mike Gibbs. 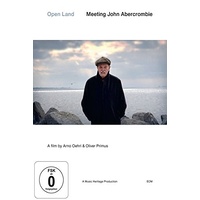