Fountain returned to New Orleans, played with the Dukes of Dixieland, then began leading bands under his own name. He owned his own club in the French Quarter in the 1960s and 1970s. He later acquired "Pete Fountain's Jazz Club" at the Riverside Hilton in downtown New Orleans.

The New Orleans Jazz Club presented "Pete Fountain Day" on October 19, 1959, with celebrations honoring the pride of their city, concluding with a packed concert that evening. His Quintett was made up of his studio recording musicians, Stan Kenton's bassist Don Bagley, vibeist Godfrey Hirsch, pianist Merle Koch, and the double bass drummer Jack Sperling. Fountain brought these same players together in 1963 when they played the Hollywood Bowl. Pete would make the trek to Hollywood many times, appearing on The Tonight Show Starring Johnny Carson 56 times.

Fountain opened his club, the French Quarter Inn, located in the heart of the famed French Quarter district, at 800 Bourbon Street, in the spring of 1960. His group members were Oliver "Stick" Felix on bass, John Probst on piano, Paul Guma on guitar, Godfrey Hirsch on vibes, and Jack Sperling on drums. In no time at all, major entertainers found their way there. Cliff Arquette and Jonathan Winters were there on opening night and performed their comedy routines. Over the next few years Frank Sinatra, Phil Harris, Carol Lawrence and Robert Goulet, Keely Smith, Robert Mitchum, and Brenda Lee, among many others, came to the club. Many would perform with the band, and Brenda Lee's sit-in resulted in a duet record album recorded by her and Pete. Benny Goodman came to the club twice, but without bringing his clarinet.

His greatest friendly rivalry was with trumpeter Al Hirt, whose club was down the street from Fountain's. They stole musicians from each other, and sometimes came into each other's clubs and played together. They were good friends who came up together and later recorded several albums together.

In 2003, Fountain closed his club at the Hilton with a performance before a packed house filled with musical friends and fans. He began performing two nights a week at Casino Magic in Bay St. Louis, Mississippi, where he also had a home (later destroyed by Hurricane Katrina).

After heart surgery in 2006, he performed at the New Orleans Jazz and Heritage Festival and helped reopen the Bay St. Louis casino. It has since been renamed the Hollywood Casino. He performed his last show at Hollywood Casino on December 8, 2010,[9] before returning to help reopen the resort in 2014, by which point he was mostly retired. 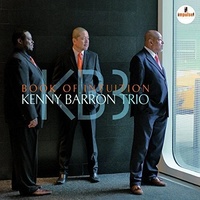