"When I first met Manfred we talked about music and listened to various recordings.

I mentioned two ECM albums that have always been very influential to me: Egberto Gismonti’s “Solo” and Pat Metheny’s “Offramp” saying that I’d quite like to make a record that kind of meets somewhere between those two. One very raw with classical overtones and the other more groove orientated with an Americana feel. We talked about a few configurations; a quartet with piano, a trio with cello, a duo and others. We came to some agreed lineups and finally reached out to the chosen musicians to try and secure some recording dates; no easy task due to the caliber of musicians we sought who are constantly busy. We came very close once or twice only to be disappointed at the last minute because of their fluctuating availability. This was quite frustrating because I didn’t feel I could start composing until I knew what sound we were going for and who the players would be.

Then in a moment of clarity I thought about the importance of making a clean, clear and pure debut for ECM. I felt the best way to do this was to go solo and then if we went further we could enhance the lineups as we go. We put this to Manfred and thankfully he agreed to take a risk with the idea.

It’s difficult writing about instrumental music (even pointless sometimes) because I think it should speak for itself. Hopefully these words give an idea of how I got started with this album and how I use influences, references and context. Nothing I do is totally original but I am confident no one has the same record collection I do. Growing up in Argentina I can’t escape from the feel and syncopation of Latin American music which seems to emerge in whatever I do, particularly the folklore elements as found in Ariel Ramires’s “Misa Criolla”. Then living in America with R&B, soul and jazz, listening to Quincy Jones, Stevie Wonder, Weather Report, and many notable songwriters like Joni Mitchell and Neil Young to name but a few (who are actually Canadian). And I think I’m the only musician in my peer group who listens to the Grateful Dead whose influence probably peers through. Then living in UK with the many epic rock bands like Led Zeppelin and Pink Floyd. I’ve been living in France for the last ten years and I love the chanson style of composition which seems to have got under my skin (Michel Legrand, Barbara, Jacques Brel). Throughout my musical “education”, a never ending process, there has always been one constant. J S Bach. It’s also the only music I practice. Most musicians I know agree he is the real governor. It may sound pretentious but perhaps his influence comes through in what I do. I am also influenced by the people I work with and I’ve been fortunate to have worked with some of the best, namely Phil Collins, Chrissie Hynde, Mark Hollis and particularly Sting with all his stellar lineups over the last 27 years. I’m strongly influenced by his lateral sense of harmony and how he forms songs. I try to do the same by creating a narrative with instrumental music which I treat and arrange as songs, with verses, choruses and bridges. And finally I am hugely influenced by my family, friends and people in general. My experiences with them perhaps subliminally form the root to all my ideas." 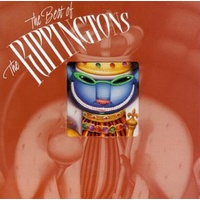