Teacher Don’t Teach Me Nonsense: Fela explains the role of the teacher in any society with the concept that: all the things we consider as problems, and all the good things we accept from life as good, begin with what we are taught. The individual teaching begins with when we are children – our mother is our teacher.

When we come of school age, our teacher is the school-teacher. At the university, the lecturers and professors are our teachers. After university—when we start to work, government becomes the individual’s teacher. When then is government’s teacher? ‘Culture and Tradition’ says Fela. This is the order of things everywhere in the world. However, it is the problem side of teacher and student that interests Fela in this song. Because every country in this world except in Africa, it is the respective culture and tradition of that country that guides the government on how to rule their people. Going for specifics, Fela mentions France, Germany, England, Korea, Japan, Syria, Jordan, Iran, Etc., it is the culture of these countries that shapes and guides their respective government’s decisions. The culture and traditions of these countries serve as a teacher to their respective governments. Turing his attention to Africa and her problems. Problems which he had sang about: corruption, inflation, mismanagement, authority stealing, electoral fraud, the latest addition which even makes him laugh is –austerity. Fela says if you ask him why ‘austerity makes him laugh? The answer is that it is beyond crying. The government steals money from the country, the same government is introducing austerity measures—forcing the poor people to pay for their own greed and calling it ‘austerity measures’. How funny if to say the least. Who taught African ‘leaders’ to rule the way they do today? ‘Na the oyinbo’ (meaning in Yoruba language: ‘it is them white folks’) referring to ex-colonial ruler of each country. Take electoral fraud, which is a true test of our democracy. Many African leaders rig elections with impunity and their respective ex-colonial rulers say nothing against this form of ‘democracy’. While the same ‘white folks’ are quick to claim credit for Africa’s ‘civilization’—which Fela disputes in this song. Is this democracy? , he asks. Turning to other problems like the ever-growing gap between the rich and the poor. Particularly, since the rich are the rules, and also the people stealing the country into poverty. Is this democracy? Or dem-all-crazy? In conclusion, as an African personality, Fela says he is not in the same league as those who believe in dem-all-crazy, so he calls on the Western powers who claim to be Africa’s teachers not to teach him nonsense—Teacher Don’t Teach Me Nonsense.

Look and Laugh: By 1981 when Fela wrote and started to perform live the song Look And Laugh, he was living a life that could be described as a recluse. Fela, who loved to go out in public places, clubs, etc. Suddenly, was always found sleeping or playing sax at home with women around him, or performing at the Africa Shrine. His old attitude of keeping abreast of events, giving lectures at universities and institutions of higher learning stopped. He rarely gave press conferences or press releases, like he used to do. Finally he wrote the song to explain what was going-on with him. He sang: ‘…many of you go dey wonder why your man never write new song! wetin I dey do be say…I dey look and laugh.’ Meaning: …many of you must have been wondering why, your man has not written new songs!…what I am doing is just look and laugh! Fela went on to explain his contributions and sacrifices for the cause of black emancipation, the countless beatings and arrests from the Nigerian police and army, his trials and tribulations, his ultimate sacrifice being the burning down of Kalakuta by the Nigeria army. But despite his sacrifices and sufferings like millions of other Africans, it was obvious that things were not getting better for the average man on the street. There is still injustice everywhere, no freedom, no happiness. All these made him feel disillusioned and all he could do about the situation is to Look and Laugh.

Just Like That: This song is a call to arms from Fela to all Africans to rise up and do something about the political, economic, social and cultural retrogression that has plagued Africa since independence. For more than three decades of independence, there is glaring mismanagement of people’s lives, corruption in the highest echelon of government—all these carried out with impunity—‘Just Like That’ he sings. Using the Nigerian experience as an example of the ‘lack of maintenance culture’, in Africa’s present day neo-colonial administrations, he says: ‘White man ruled us for many years, we had electricity constantly, our leaders take over! No electricity in town—Just like that!’ Fela explains that the attempt to transplant ‘Western style democracy’ in an African society is the cause of all the problems. Despite calls for African Unity from leaders like Kwame Nkrumah, who said: ‘..Until all foreign institutions and culture are removed from the African land, that is when the African genius will be born and African personality will find its fulfillment..’. Instead of heeding Nkrumah’s call, Nigeria’s political founding fathers, like most African leaders at independence, chose the option of fashioning the constitutions of their respective countries after those of the departing colonial ‘masters’—Just Like That. The ambiguity of such decisions can be seen in the poor imitation we make of our attempt at ‘Western style democracy’. Persistent political gangsterism, military coups, and sometimes wars, are means used to enforce the already compromised constitutions. As another example of enforcing a fragile constitution, Fela stresses the face that in 1966, Nigeria for a civil war to keep the country ONE. General Gowon, the military head of state, divided Nigeria into twelve administrative regions, subsequent administrations divided the regions into more—Just Like That. He adds that if the idea of the civil war was to keep the country ONE, sub-dividing Nigeria into more regions would separate rather than unite the country. Turning to the position of traditional rulers in the mess called government, Fela sings: ‘…nothing good for town to give the youths good examples, how our traditional ruler they do, them come make youths look-up to Europe and USA, in those places them don lose them common sense, na the number of Nuclear weapons you get, na him give you power pass! Right now! Fight now! Suffer must stop! Just Like That”. Therefore, calling on the people to fight now for a better society. 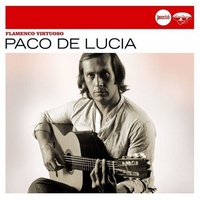