George Jones Salutes Hank Williams was recorded at Mercury Records, toward the beginning of Jones' career. At this stage, George still sounded similar to Hank Williams, but he had begun to incorporate much of Williams' vocal techniques into a distinctive vocal style of his own. If Jones had recorded these songs while still at Starday, they wouldn't be as exciting as they are now -- since he had moved beyond mimicking into his own style, he's able to invest Williams' songs with grit and passion, instead of just copying Hank. It's an affectionate, entertaining tribute, featuring some of the greatest songs ("Cold Cold Heart," "Hey Good Lookin'," "Half As Much," "Jambalaya," "Why Don't You Love Me," "Honky Tonkin'," "Settin' the Woods on Fire") in country music.

Bob Wills' songbook -- which, of course, includes tunes popularized, not written, by Wills -- is one of the most resilient in country music, ranking alongside Hank Williams in popularity and its ability to be reinterpreted in continuously fresh fashions. So, it comes as no surprise that George Jones, one of the greatest singers in country, did a bang-up job with his tribute album, the 1962 platter George Jones Sings Bob Wills. Where some Wills tributes are faithful to a fault, Jones, as produced by Pappy Daily, plays these songs as hardcore honky tonk, occasionally informed by Western swing, but only as a coloring device. He is singing these songs in his signature pure country style, and the results are pretty terrific, not only because this is the hardest country he cut at United Artists, fueled by a crackerjack band playing at its peak, but because these are tremendous songs that are open to such a sly reinterpretation as given to them by Jones and Daily. Furthermore, in addition to the standards -- "Bubbles in My Beer," "Faded Love," "Roly Poly," "Take Back to Tulsa," "Time Changes Everything," and "San Antonio Rose" -- he finds a few obscurities in "The Warm Red Wine," "Worried Mind," and "Silver Dew on the Bluegrass Tonight," which help accentuate his own spin on Wills' music. This record is so good, you're inclined to forgive Jones for sitting out the last two songs and letting the bandmembers play since, after all, they, like the Possum or any other musician, sound at their best when playing the music of Bob Wills & His Texas Playboys. And that's why this is a small treasure in George Jones' discography.
Collapse ↑ Alison Krauss - A Hundred Miles or More: A Collect 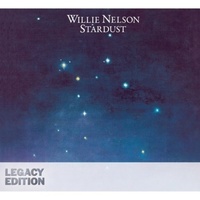 Sarah Jarosz - Build Me Up from Bones