Georgia Anne Muldrow releases her new album - a modern soul classic in the making - titled Overload via Flying Lotus's Brainfeeder record label. Typically working alone, the record flips that dynamic and takes Georgia out of her comfort zone for the first time since Seeds (2003) which was entirely produced by Madlib.

Overload bears the fruits of numerous collaborations, most notably with duo Mike & Keys (50 Cent, Nipsey Hussle, Snoop Dogg, G-Eazy) who contribute production to four tracks including the sleek, anthemic title track alongside Khalil (Dr Dre). Elsewhere Dutchman Moods and Manila's Lustbass bring the slo-mo funk heat on "Aerosol" and "Vital Transformation" respectively, and Shana Jenson (Muldrow) and Georgia's partner Dudley Perkins crop up on "You Can Always Count On Me" (a cover of the Gap Band classic) and "These Are The Things I Like About You." Flying Lotus, Aloe Blacc and Dudley Perkins share Executive Production credits on the album. 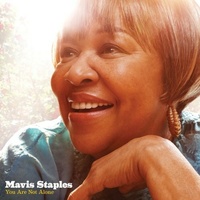