Godinesque may well be a new adjective in our language, but aptly describes this latest volume of Deep Soul Treasures in which Dave has compiled a selection combining some old favourites (of mine, anyway!) and some left-field gems. In latter years, deep soul has become synonymous with ballads, but Dave originally coined the term to apply to songs deep in passion and intensity of delivery rather than to reflect tempo, so don't expect a session of moody ballads - though these are generously represented...(any chance of Carl Hall The Dam Busted and Damon Fox Black Widow Spider in Vol 4?)

My earliest recollections of 'D the G', as he was fondly known in South London soul circles, are of long evenings spent deep in discussion - soulful and philosophical - on topics from Ruth Brown through Diana Ross to Immanuel Velikovsky (it was some years before I returned Dave's copy of "Worlds In Collision"), and while we may have crossed swords on odd occasions during four decades, we have maintained a mutual respect for each other's soulful integrity, which is why I consider it an honour and privilege to write this piece.

This volume combines equal measures of familiarity and obscurity - "Great Unknowns" as we used to call them - and a number of tracks are testament to Godin crusades of past years - Jean Plum with a near-neurotic intensity driven by Willie Mitchell's formulaic production, the haunting, hopeful vocal of Bessie Banks, Jerry Williams' arrangement for Doris Duke, which grabs you with a dominant bass figure then juggles your aural senses as Doris delivers a four-minute chapter of emotional torture, and the southern soul simplicity of Loretta Williams come to mind, while the renaissance of Baby Washington with Breakfast In Bed is typical of Dave's appreciation of a soulful epic of infidelity.

Deeper into the vaults, Dave presents Dee Clark, whose tender high tenor voice (an influence on Smokey Robinson) graces Tender Moments, a period ballad arranged by Robert Banks, (maintaining the Godin connection with that family)-.-Syl Johnson's bitter anthem of social comment was a Top 20 R&B hit, but is little-remembered and less played over three decades, while J.R. Bailey, one-time latter-day member of the Cadillacs, was a cult-figure of 70s soul with distinctive appeal in the pleasing ballad Turn Around.

Left-field gems include Ray Gant & Arabian Knights with a typical 70s Detroit harmony item, while from a decade earlier a trademark quality Jerry Ragovoy production by the Enchanters boasts a killer opening line - "I paid for the party in teardrops", and further lyrical infidelity prevails through Rozetta Johnson, whose performance is crafted by the masterful talent of Sam Dees.

There are stories of US radio DJs creating hits by playing a single over and over, and my Solar Radio show (Sky Digital 944 - Sunday at 8pm) could follow suit via the 'repeat' button on track 19 - Barbara & the Browns with an archetypal deep soul wailer!!! Equally worthy of mention is Maxine Brown's all-time classic of melancholia, while Bobby Bland sums up the influence of soul music on my life, Too Far Gone To Turn Around, a timeless marriage of blues and soul. Good to the last coda!

"Listening to Dave's exquisite new collection, I am again moved by the extraordinary vocals and the spirit of the music. Like all great music it is timeless, and makes me very proud to know Dave and to have been in at the beginning. This is it! A collection of the best of the best." Vicki Wickham. (Producer of "Ready Steady Go!" and director of Take Out Productions, New York).

"Dave Godin is still quite likely the best friend real Soul Music has ever had." Tony Rounce 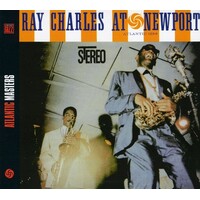 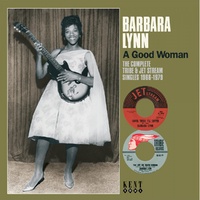