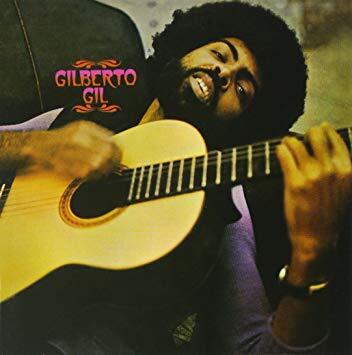 As on Caetano Veloso's album from the same year, Gilberto Gil does not sound happy away from his homeland. Recorded in London, the eight songs on his final self-titled album are mostly blues and introspective, downbeat pop songs. Steve Winwood's "Can't Find My Way Home" is an inspired choice, delivered with a crushing sentimentality rarely found in other versions. Gil also reprises "Volks, Volkswagen Blues" from his 1969 album. The effect isn't quite as doom-laden as Veloso's work, but Gil is definitely homesick, as the touching "Nêga (Photograph Blues)" shows. [This reissue includes three bonus tracks: a live version of "Can't Find My Way Home" along with "Up from the Skies" and "Sgt. Pepper's Lonely Hearts Club Band."]