R&B legend Hank Ballard's doo wop, R&B and funk recordings have been widely anthologized by Ace and others but the great recordings he made at the height of the ‘60s soul boom have been largely ignored in the CD era. This CD rectifies that omission by bringing together all 26 surviving masters from the sessions Ballard cut for King between the start of 1964 and the end of 1967 for the first time.

Unwind Yourself demonstrates how easily Ballard made the transition from R&B to soul. The lack of commercial success of much of this material is no reflection on the quality of the recordings or of Ballard's performances, which are uniformly high throughout. 20 of these tracks have not been reissued since their first appearance on singles and albums. Despite their soul leanings there's also a great deal for the fans of Ballard's earlier years to enjoy, including updates of some of his and the Midnighters' biggest 1950s successes. 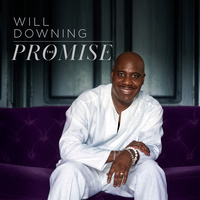 The Meters - Fire on the Bayou