To assess a CD compiled by one of the best reviewers and journalists in the world is a daunting task. Doubly so when he not only contributes his own incisive reviews of each track within the CD booklet, but has also coined the very term, "Deep Soul", that the whole project is about.

A case in point is his inclusion of Eddie Holman's I'm Not Gonna Give Up, a personal favourite, which when I was assessing the tape quality, struck me as unusual in that the vocal back-ups only appear at the crescendo of the song at the end of the record. I was so amazed and impressed that I had to compare the tape to my single to make sure I had the correct version.

With glee I made a mental note to feature this aspect of the song in my review of the CD, only to be thwarted when reading Dave's notes. Inevitably he had highlighted this very point and used it to extol the virtues of the recording.

The Deep Soul Treasures CDs are Dave's personal music history of the genre he loves the most. I know he sometimes feels saddled with having first coined the terms Deep Soul and Northern Soul, especially as those phrases have taken on their own life and have evolved to cover music they were never originally intended for.

However it gives Dave a licence to ignore the pigeon-holes and categories that we collectors and discographers have imposed on some records, and judging them on performance alone he can surprise and delight us by including them on these great projects.

I totally concur with Dave in his inclusion of mid and uptempo records as Deep, if the vocal and lyrical content of the recording are that way. Witness here Eddie Giles' Losin' Boy which goes from a solid dance beat to a pounding climax where his wails of "oh yeah" almost develop into death throes by the end.

Similarily Deep Soul doesn't have to be Southern (though it often helps). The tracks by Ben E King, Lisa Richards, Nat Phillips and Bessie Banks all hail from New York and don't even attempt to ape that great Southern ballad style.

Bessie Banks' exquisite Go Now was of course the original of the song which went on to sell a million copies for the UK pop group The Moody Blues. This version epitomises all that Dave love's in a soul record-.-pleading, heart-broken vocals on an intensely dramatic song. The whole performance feels so improvised and spontaneous that one wonders if they didn't think "Sod the sales figures, let's make a piece of art!"

Those were pretty much Dave and our sentiments in compiling Volume One, only contradicted by you, the customers, actually buying the CD in the thousands and making it Kent's best seller to date. Vibration Black Finger - Can You See What I'm Tryi 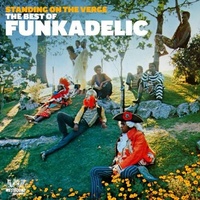 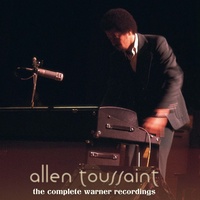