Are you ready for the wickedest Real Gone soul collection yet? Here, in one smokin’ hot set, are the first 22 single sides that the great Wilson Pickett recorded for the Atlantic label, some of the most hallowed recordings in the history of soul music. Along with the intoxicating mix of hits—“In the Midnight Hour,” “Mustang Sally,” “634-5789 (Soulsville, U.S.A.),” “Land of 1000 Dances,” “Don’t Fight It,” and more—and rare B-sides that come with the territory on a singles collection, you also get those punchy mono single mixes/versions that bring out the raw excitement of these seminal performances, not to mention the incredible musicianship of folks like Steve Cropper, Al Jackson, Donald “Duck” Dunn, and Isaac Hayes.

Indeed, even if you purchased Rhino Handmade’s collection of Pickett’s complete Atlantic studio sessions, you don’t own the single versions—this volume (and the two to come after it) are necessary complements to that outstanding set. Remastered by Mike Milchner from sources derived from the original tapes, and annotated by Joe Marchese, who penned the notes on Real Gone’s previous collection of the Wicked Pickett’s RCA recordings, The Complete Atlantic Singles Vol. One presents some of the greatest soul ever waxed exactly how it was originally waxed—as singles for airplay on the radio. It’s the material that made Wilson Pickett a legend. 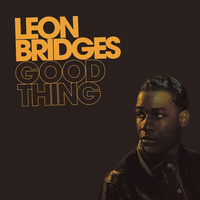