When it comes to jazz pianists the name Herbie Nichols may not immediately spring to mind! You may have noted his name on the writing credits for the classic Billie Holiday number “Lady Sings The Blues” but probably nowhere else. Starting out learning piano at age nine, Herbie would serve in World War Two before going on to play with a number of groups where to pay the bills he would play in the Dixieland style. He was however good enough to be present at the beginning of the bebop movement. His Monk-ish style and unorthodox structures were too much for the jazz public at the time and he struggled to make his break-through.

Eventually Herbie was signed to Blue Note and would produce the three fine Trio albums featured on our 2CD set as well as the classic “Love, Gloom, Cash, Love” for the Bethlehem label, also featured here. Commercial success eluded him however and he began to slip back into obscurity until avant garde musicians began to pick up on his genius. Unfortunately it all came too late for Herbie who sadly died from Leukemia in 1963 at age 44. So here is your chance to judge for yourselves, the genius of Herbie Nichols, we think you will be impressed. 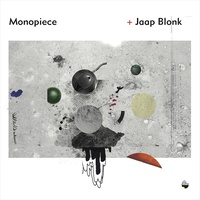