Isaac Hayes - Can You Dig It?: Ultimate Isaac Hayes

Isaac Hayes’ 1969 solo debut Hot Buttered Soul set a soulful tone for the decade that followed, influencing innumerable artists and turning on a more conventional audience to the genre.

Therefore it comes as no surprise that three quarters of that record are included on this compilation from his 1968-‘77 Stax Records resume (though they are heavily edited to fit the 32-song, two-CD format). Renowned as one of his generation’s greatest songwriters and arrangers, Hayes punctuates his creations with hints of r&b, funk, jazz and soul. Examples here include the indelible “Theme From Shaft,” a funked-up cover of Burt Bacharach’s and Hal David’s “The Look of Love,” the slow-grooving “Do Your Thing” and a previously unreleased gospel standard, “His Eye Is on the Sparrow.”

The inspired packaging includes a four-track DVD that features a trio of Hayes’ performances from the 1972 WATTSTAX Festival at the Los Angeles Coliseum–providing as much evidence of the magnitude of Hayes’ esteem as this starter set for anyone seeking an introduction to a legendary artist. –Scott Holter Woody Shaw - Master of the Art 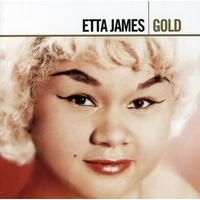