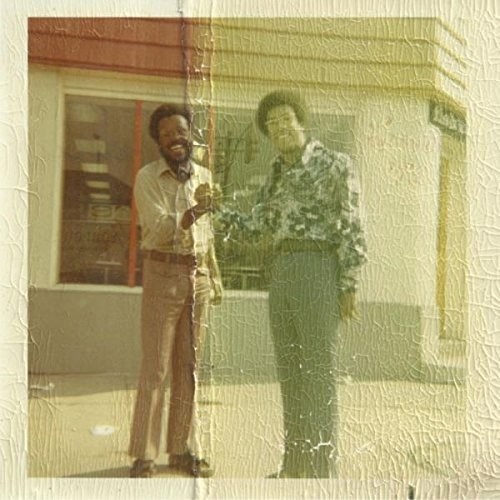 Best known as a multi-instrumental member of Tortoise and a pillar of the Chicago jazz and experimental music scene, Jeff Parker has been incomparably prolific over the last 20+ years while merely producing 5 albums as a “lead artist” (just 2 since 2005, including 2016’s duo recording with Rob Mazurek on Rogue Art). “Lead artist” is in quotes here, because though his name is seldom seen in marquees, his distinctive guitar sound has been essential to every project he’s been part of. It was in that sense that we at International Anthem came to work with Parker during the production of Makaya McCraven’s In The Moment, an album which ultimately showcased said essentialness (of Parker’s “side man” sound) on 9 of its 19 tracks.

Over the course of the In The Moment sessions in 2013 and 2014, Parker was slowly transitioning his personal belongings from Chicago to a new home in Los Angeles. It was when finally settled that he found opportunity to re-open some home recordings and beat projects that had been dormant on his hard drive for years (early versions of some could have been heard in the late ‘00s on his Myspace page). Parker had long been in silent study of vinyl sampling and beat conduction, but perhaps it’s no coincidence that new residence in a city aflame with experimental R&B, jazz and electronic fusers (i.e. L.A., e.g. Brainfeeder, Leaving Records, Low End Theory) spurred him to dig back in to the practice and produce with more purpose.

By early 2015 Parker had refined several compositional ideas around his samples, and enlisted local friend Paul Bryan (Aimee Mann, Meshell Ndegeocello) to engineer and play bass guitar in sessions with Chicago ex-pat saxophonist, Thelonious Monk Institute protégé Josh Johnson (Miguel Atwood-Ferguson, Esperanza Spaulding)and drummer Jamire Williams (Robert Glasper, Carlos Niño. The recordings were conducted to capture composed passages as well as free playing that used Parker’s beats and sample suites as improvisational criterion. After completing 7 songs with the band, the last of which with vocals from his daughter Ruby Parker recorded in Chicago by John McEntire, Parker named the project The New Breed (after a clothing store his late father Ernie owned and operated in the ‘70s)and finished the album by stitching the band tracks together with intermittent pieces of beat memories from his archive.

The final presentation is a retrospective tapestry that explores Parker’s past both musically – as a potent compositional tribute to his influences (J Dilla, Thelonious Monk, Charles Stepney)held together by literal fragments of his life’s work – and patrilineally – as a collaboration with his kin held together by clippings from the family photo album. The New Breed is Jeff Parker’s most vibrant and comprehensively personal work yet, appropriately the first in 11 years with only his name in the “lead artist” column.