Jessica Williams is a swinging jazz pianist and a fine composer. Her recordings showcase her gifts as a jazz technician of rare facility to be sure, but she also possesses the soul of a poet: her playing is deeply expressive and wildly creative. Live at Yoshi's, Vol. 1 was recorded over a two-night run at San Francisco's venerated jazz club in 2003. Williams is accompanied by her brilliant rhythm section: bassist Ray Drummond and drummer Victor Lewis. The sensitive and motivational interplay between the members of this trio is breathtaking throughout. Drummond and Lewis do not merely provide support for Williams, they offer an exceptional and innovative rhythmic bridge for her fleet harmonic and dynamic flights.

The nine cuts played here include standards like Loesser and McHugh's "Say It Over and Over Again" and Billy Eckstine's "I Want to Talk About You," all of them played as if they were written specifically for this band. Along the way are many surprises. Take, for example, her "Tutu's Promise," with its tight, funky intro that struts its way into untried soul-jazz territory, referencing Bobby Timmons, Horace Silver, and Mary Lou Williams on the way to becoming a new kind of blues.

Her rumbling left hand and the counterpoint exchange with Drummond are priceless. Following this is a deeply moving read of Billy Cobham's ballad "Heather." Williams evokes such tenderness from the melody with her open, droning chords and shimmering ostinati that the tune drips with emotion. "Alone Together" goes all over the 20th century musical map, and her long opening solo references everything from Cole Porter to Bach, Grieg, and Rachmaninov to Mingus, Sonny Clark, and Lennie Tristano before the band comes in, takes it to the stratosphere, and helps her whisper it out over 12 minutes later. Her "Poem in G minor" is a slippery, mercurial statement in color and texture; it is introspective and moody but it swings just the same, becoming an impressionistic blues along the way.

Thelonious Monk's "Mysterioso" closes the set; elegant and full of humor, it stays close to the vest for about a minute before Williams goes down deep into the tune's groove with the rhythm section strutting underneath, swinging like mad. In sum, Live at Yoshi's, Vol. 1 is one of the finer live trio sides to be issued in recent years. It is also one of Jessica Williams' best efforts ever -- which is saying a lot because her consistency has been remarkable. It is inspired and full of fire as well as aplomb. Based on the evidence here, Vol. 2 will be greeted with much anticipation. 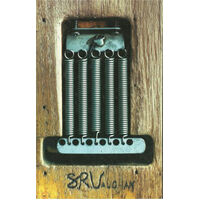